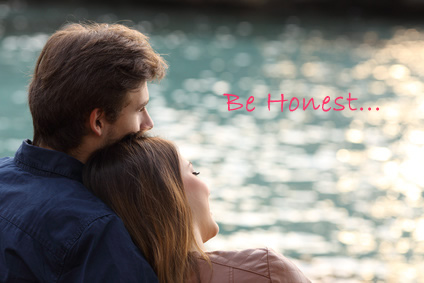 You can’t marry all of our women in most western countries. The more you have kept in touch with several Japanese women in exclusive relationships the more complicated the endings will be.

One of the culture shocks for Japanese women is the Dating Culture in western countries. In western countries, dating is just an opportunity to meet someone, and dating itself has no deep meanings. It is NOT even an initial courtship. Therefore, western people date as many people as they want.

In Japan, many Japanese women believe that dating is a starting point of a courtship, so Japanese women want to show their loyalty to men they are currently dating.

Showing loyalty to only one man sometimes bothers western men who enjoy dating activities before making the big decision of marriage.

As a matchmaker, I recognize this cultural difference between Japanese women and western men, so I recommend to our female members to choose about two to three men to start with and see what happens. We also advise them to gradually focus on one man. However, most of our female members do not want to communicate with more than one man at the same time. They all say, “I feel guilty if corresponding with many men at the same time.”

On the other hand, most of our male members worry about visiting Japan to meet only one Japanese woman since this feels risky to them. “What if it doesn’t work out?”

I understand their concern, so TJL has the rule of Max Three Candidates for both male and female members. The rule is that members can choose maximum three candidates at the same time, and if you want to correspond with more than three, you will need to decline one. So, male members can meet with at least three candidates when they visit Japan. Why three candidates? We believe that three is an appropriate number for dating where you can be sincere. If four or more candidates were allowed, would you be able to interact with all women with your true heart? Surely not, four is too many.

We explain to our female members that western people have a dating culture. We advise them not to pour all of their energy to only one man before meeting them in person. Japanese women are learning about western dating culture, so we introduce a maximum of three male candidates to our female members too, and we do not introduce another man until they decline one. It works quite well.

However, many of our female members are not good at communicating with more than one man at the same time.

So, we would like to ask all of our male members to be careful if you are communicating with more than one Japanese woman. If you haven’t had any special feelings yet, please do not behave like you and she are in an exclusive relationship before meeting with her in person. If you give her seductive words, she may misinterpret to believe that you and she are in a committed relationship. She feels that she is the only woman for you. However, you must choose one as a lifelong partner sooner or later. If you are corresponding with three women, you must eventually say good bye to two of them and choose one.

When she hears your final words “adios, I am choosing a different woman,” she feels very upset. It hurts her, when you let her feel that you and she were in an exclusive relationship.

To avoid this confusion and hurt feelings, we recommend that our male members visit Japan to meet their candidates in person soon after they feel that they have taken enough time to know their candidates.