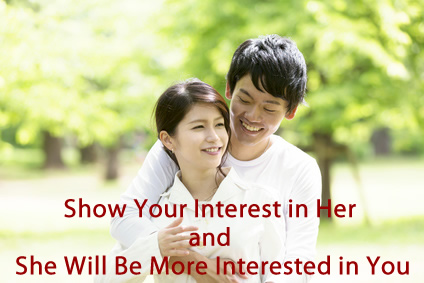 I received feedback from one of our female members who met a male member in person. She said that he didn’t know anything about Japan. She may have thought, “Does he really want to marry a Japanese woman?” I haven’t replied to her yet, but I think she expected that he at least say some greeting words in Japanese such as, KONNICHIWA, OGENKIDESUKA or ARIGATO. I understand her expectation that he would have some interest in Japan and Japanese culture if he says that he wants to marry a Japanese woman.

Show your interest in her and she will be interested in you!

What the best car is does not matter to me. The most important thing for me is that my husband feels valued and respected.

Tip for your Success:
Before visiting Japan, we recommend that you learn some things about Japan to share with your Japanese woman. She will be more interested in you as a result since you have showed an interest in her background.

Speed Dating Event in Japan on July 7th 2018
If you haven’t planned to visit Japan, we recommend to plan on July 7th 2018. We will host a speed dating event in Tokyo, so you can meet manybeautiful Japanese women in Tokyo in one day. Also we can arrange individual meetings for you. I am sure this is a great opportunity for you if you really want to marry a Japanese woman within a year!

Speed Dating Preregistration: Register now, and you will receive the info early.
https://meetjapanlady.com/event.html