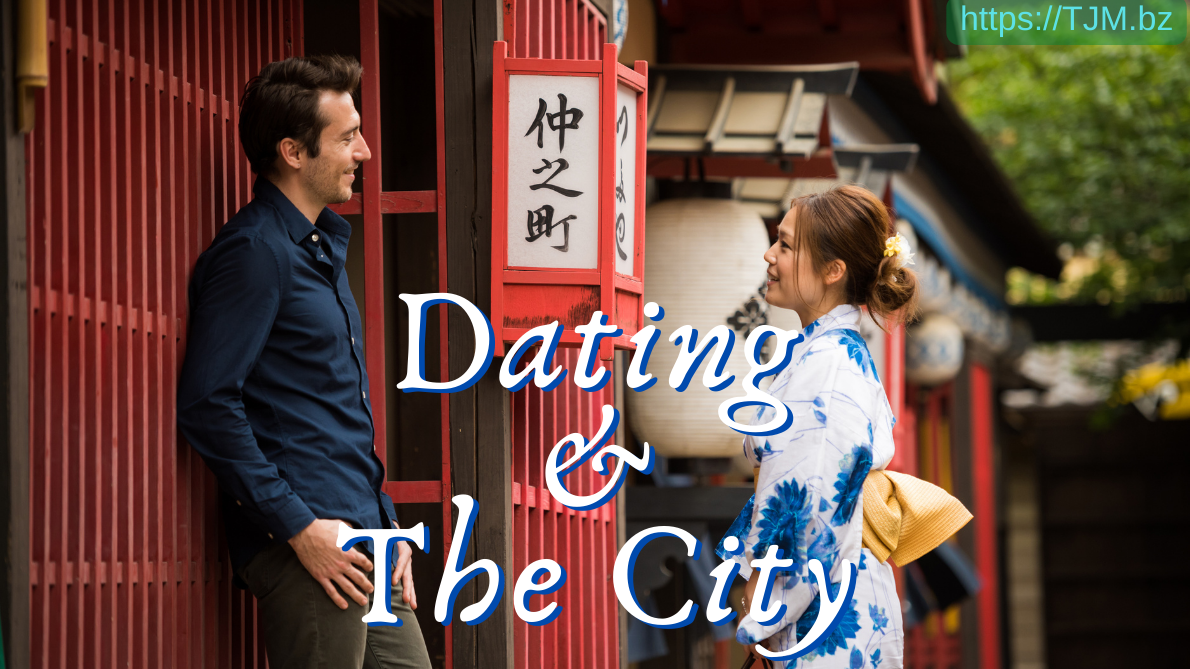 Dating and the City 10: Personal Preference? Or Racism and Sexism? -Part I

In the previous episode, I examined the reasons why TJM male members choose to get married to Japanese women specifically. In this episode, I will look into the reasons why TJM’s Japanese female members would seek a relationship with a non-Japanese man, a Caucasian man in particular. Same as last time, I asked TJM’s CEO, Naoko, and her explanation was what I had somewhat expected. “Many of the Japanese people still have an inferiority complex and yearning toward the westerners,” she said. As a person who grew up in Japan and lived there until my late 20s, I know how deeply such a complex runs in our thinking and psychology.

It started when Commodore Mathew Perry from the United States showed up with a fleet of four large steamboats (the Japanese had never seen anything like that before) in Uraga, a small town in a suburb of the current Tokyo, in 1853. Firing blanks, Perry put pressure on the Shogunate Edo government and successfully had them agree to open its two ports, Shimoda and Hakodate, to supply fuel and water to American vessels that engaged in trading with China.

Through this encounter and many that followed, the Japanese came to realize that their country was economically and technologically very backward compared with the Western countries. They were eventually forced to sign unfair treaties, and they realized they were on the verge of becoming a vassal state to the west. The threat was very real as they witnessed China being defeated by Britain and its influence and control over China intensifying. The only way for Japan to survive and sustain its independence was to become stronger economically and militarily, learning from the west.

Thus, Japan’s modern history was a story of striving to catch up with the west, achieve the status of ‘first-class country’ in the international community, and eventually emerge as a global power. But such ambition was shattered when the country was completely defeated in the Second World War, which made its inferiority complex even worse. Most of the major cities across Japan were bombed and destroyed during the war, people were poor living in a shack, and many starved to death. I cannot imagine how powerful and strong American military men who came to occupy and rule the country looked to the eyes of those Japanese during this post war era. Americans were neatly dressed, had abundant material wealth, and were the new rulers of the country. They were friendly, too. My mother told me that as a 6-year-old when the war ended, whenever she and other kids saw American military men in town, they would trail them because they generously gave chewing gum and chocolates to those kids. It followed that men with lighter skin, blue eyes and blond hair, and chiseled facial features became a symbol of privilege, as well as cultural and economic superiority.

Fast forward to 2023, Japanese people’s mindset has remained largely unchanged even after the country quickly rebuilt itself and reached its economic peak in the 1980s. They would boast  ‘Japan as number one’ for Japan’s dominant status in the global economy. Nevertheless, if you visit Tokyo, you will spot billboard advertisements on the street with western figures. When you go to a bookstore and open a popular magazine, again, you’ll find many western models in completely irrelevant contexts. If you turn on the TV, you will see many bi-racial Japanese featured as news anchors and TV personalities. It seems to me that these half-Japanese and half-westerners are ‘what the Japanese hope to be and look like’ and many Japanese aspire to identify with them. A favorable attitude toward western people and yearning for their appearance generally equates to a very positive view of white people at the outset; but it is based on this deep-seated inferiority complex cultivated in the course of Japan’s modern history.

Another reason why many Japanese women would turn to white men for potential courtship may have to do with women’s status in Japanese society. It’s been over two decades since I left Japan, but I am not sure if women’s overall socio-economic status in the country has ever improved since. I still encounter articles about Japanese women’s plight, such as discrimination against them in college admissions or in a job search, widely tolerated harassment against them on a daily train commute, their financial hardships because so many are hired as temporary workers and easily let go when the economy sours. By reading such news, I even think that their situation could have deteriorated. Therefore, many have given up the fight against their unfair treatment in society and decide to get married to a successful man with a good income (and I don’t blame them) to be a housewife who has a nice, stable life. Some women are open to inter-racial marriage, but that man is most likely to be white because of the reasons I have already discussed.

Did you know that many Japanese women would demand very impressive credentials from their future husband? Have you ever heard the word, ‘san kho’? It means ‘three highs,’ — ‘high height,’ ‘high education,’ and ‘high income.’ These are the three credentials most desired in a husband and the word was coined over 20 years ago. I had hoped that by now this kind of women’s dependency on men would have vanished with increased numbers of Japanese women becoming more independent, but I’m not too optimistic considering the current economic, political, and social stagnation and deterioration in Japan. Of course, women of all nationalities, not just Japanese, have historically considered a potential husband’s earnings and economic stability to be a significant asset; and those who are disinclined to climb a career ladder and would prefer the life of a homemaker could always “marry up” to do so.

So, getting married to a foreign husband could be a way out for many Japanese women. It would open a window of opportunity for a woman to leave Japan and live abroad. Or she could also live as an

‘outsider’ as the  wife of a white man if the couple decided to live in Japan. I am sure that makes these women feel liberated and empowered.

In summary, Japanese women might like to have a white husband because the Japanese tend to have a very positive bias about white people which originated in its modern history and which has been strengthened by images painted and spread by the media. Also, Japanese women might want to escape from their society’s male dominated culture in which they don’t have much chance to advance. They can achieve that goal with the help of a successful white husband. In addition, the country’s overall positive bias toward white people would help boost Japanese women’s self-esteem and confidence.

I am not a sociologist, and what I’m writing is not based on rigorous social research or interviews. I am sure there are many outliers who don’t fit my hypothesis. But I believe my assumptions are largely not that off, either. What do you think of these observations? Is it fair to say a good number of TJM’s Japanese female members could be, consciously or subconsciously, trying to use international marriage as a way to escape from their reality as a woman in Japan?

This got me thinking about ‘objectification’ of the opposite sex by both men and women. Men are commonly criticized for objectifying women. In reality, women objectify men, too (surprise!). Rather than fantasizing about men in a sexual sense, they are fantasizing about them in an economic sense. Maybe objectification is too strong a word, but they could be seeing marriage as a way to achieve their goals and meet their needs. So, in that sense, women are not as innocent as it has been believed, unfortunately but naturally.

So, gentlemen, you should be aware that even Japanese women whom you believe to be innocent, gentle, and nice, may have their own predetermined agenda. I am not criticizing them for that (their behavior is in many ways rational given their environment and situation), but I just thought you should be aware of their thought process and the environment that formed it. Maybe you could ask your date why she’d like to get married to a non-Japanese man in the first place? What’s her motivation? These are very natural and legitimate questions, and it could lead to an interesting and good conversation, furthering mutual understanding. Same advice to Japanese women, too. They should learn more about American culture, how they are seen by American men, what’s their motivation to get married to a Japanese, etc.

Just to be clear, I am not trying to overly complicate or be critical of cross-cultural relationships. But since I have seen many broken marriages among Japanese wives and their American husbands, it seems

to me that the goal of marriage should most importantly be its sustainability and mutual growth. To this end, couples should learn about each other’s cultures and thought processes better, understand what they want from one another and why they want it. Only then is there a chance of the relationship succeeding. Do you think you can, or want to, live up to the idealized Hollywood image of white men?  Would you be satisfied to be nothing more than the fulfillment of a woman’s dream to get away from Japan and its limitations on her situation in society? Or wouldn’t you rather establish a relationship based on honesty, trust, and mutual understanding?

I am looking forward to her Dating & The City – Episode 11!