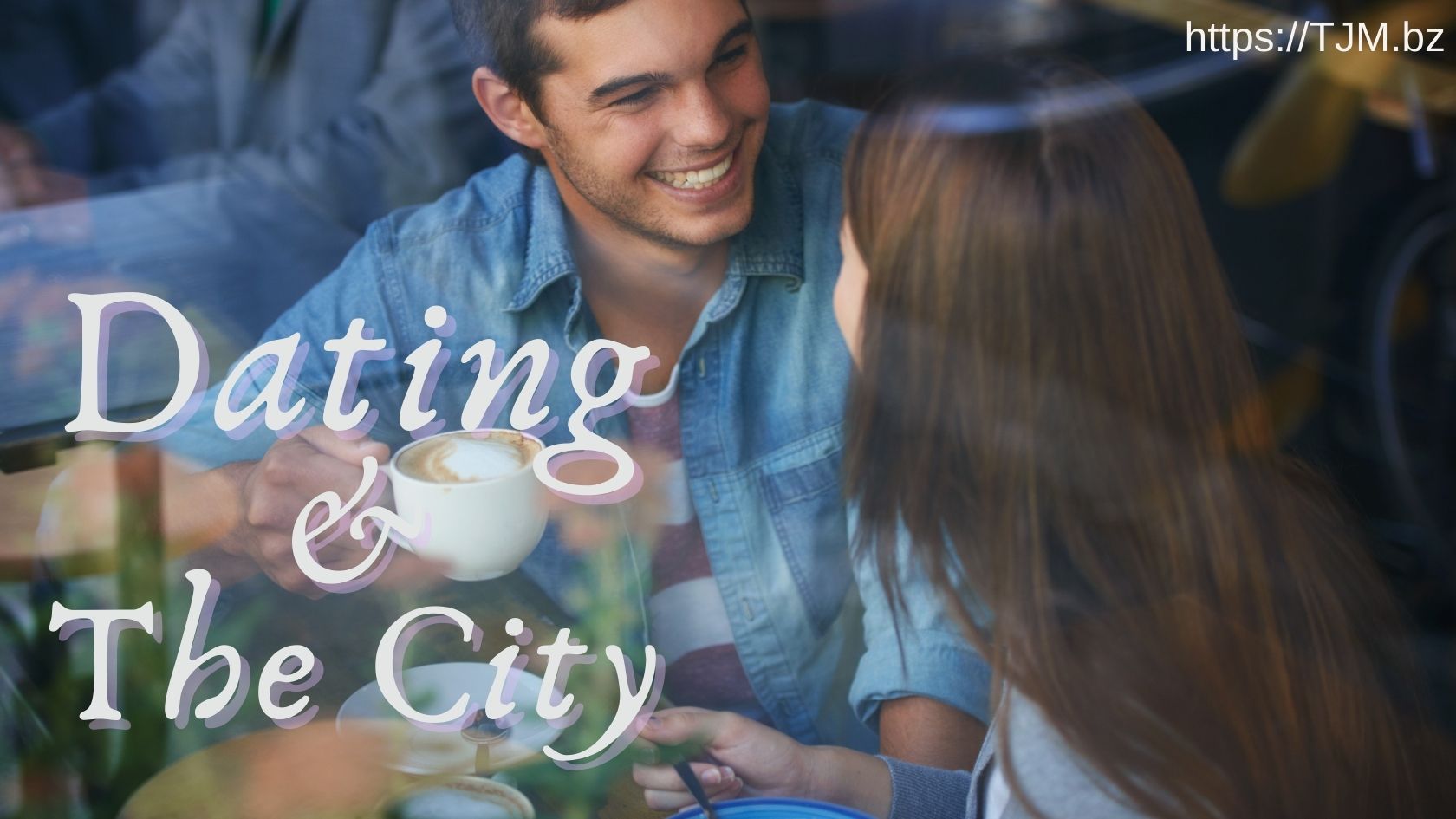 Not My Type or Diamond in the Rough? | Dating ＆ The City Episode 2

Dating and the City – by Tomo

I am a single Japanese woman living in NYC.  After ending my long-distance relationship with my former Japanese boyfriend, I went back to the dating scene for the first time in almost 10 years. Then I decided to try something that I had never done before– online dating with non-Japanese men. It was a completely different experience for me to date men with different racial and cultural backgrounds. They are typically good at complimenting ladies, carrying on good conversations, keeping ladies entertained overall, and making them laugh by being funny. At the same time, it can be tough. What I say and do or what he says or does could be confusing, misleading, or even become a deal breaker. In my column, I will share my cross-cultural dating experiences from a Japanese woman’s perspective, hoping that they could be helpful as tips for those who are seeking cross-cultural relationships, especially with a Japanese woman.

Not My Type or Diamond in the Rough?

One day I received a message on eHarmony from this gentleman in New Jersey. I quickly checked his profile. There was only one picture posted on the app, taken from a distance, and the quality of the picture was bad. He was by himself, standing in front of a miniature castle-like structure at an amusement park or something. He looked a bit chubby. He was making a face with the corners of his mouth turned down probably because he was facing the sunlight. He was wearing a somewhat oversized plain white polo. “Why in the world did he post this picture? Does he actually think this is appealing to women?” I thought to myself. He’s in his late 40s. Never married, no kids. He’s a senior manager with a big communications company where he’s worked for over 15 years. Nothing really stood out to me about him. I wasn’t sure if I should respond but I did anyway, just to be nice.

Unexpectedly, we exchanged several correspondences back and forth. From his writing, I could see that he was a very down-to-earth, honest, and decent man with commonsense. He seemed very professional and hardworking but knew life is not all about work or making more money. He cared about the people on his team. He was actively involved in volunteering in the community. Our values were similar. So, even though I didn’t find him particularly attractive, I decided to meet him in person.

One Saturday afternoon, we met at a very chic coffee shop in the Flatiron district. We grabbed a coffee there, strolled to Union Square as we sipped it. As we walked, I sneaked glances at him beside me. He looked shorter than he described himself (5’ 11’’) and older than his profile picture with more gray hair. He was a bit bald. Besides, although I couldn’t see it in the picture, he had a big belly. Again, he was dressed in a polo, this time with stripes which absolutely was not my taste. He was kind of shy, very calm, and quiet. But guess what? I actually felt comfortable with him and enjoyed his company! So, even though I didn’t feel instant chemistry, I was OK with seeing him again. Besides, I myself was not a drop dead beautiful model type and I was far from perfect. I decided to give it a shot and go with the flow.

We continued dating and ended up being in a steady relationship for about a year. In the course of our relationship, I came to realize that although he wasn’t the typical handsome type, he had the potential to be attractive. He had very beautiful hazel eyes if you took the time to look. He tended to appear serious and stern, but when he smiled, he was very attractive with dimples on both cheeks. Then I realized he’s the kind of the guy who is actually a diamond in the rough.

I encouraged him to work out and become more physically fit, telling him how great he would look if he trimmed off a couple of pounds. I gave him some advice on choosing his clothes as well so he could look a little more updated. I suggested that he wear more fitted shirts instead of loose ones as the relaxed silhouette made his tummy look even bigger although he thought otherwise. I said he could look younger if he cropped his hair a bit shorter. I recommended that he buy a fine wool sweater in solid bright blue or green because those colors would match his hazel eyes and make him look so good!

At the beginning, he was very skeptical about my advice and was resistant. But he eventually tried many of my suggestions, gradually learned how to present himself better and make himself more desirable to the ladies’ eyes. It was so exciting to see him becoming more confident. He transformed from a dull looking middle-aged guy to a sharp looking, still a lot going-on kind of guy! You have no idea how flattered and pleased he was when I told him that one of my female friends had actually said, “He is very handsome!” when I showed her his picture in a bright blue fitted polo. Hearing this, the corners of his mouth were lifted way up, which made him look even more attractive!

Our relationship itself was short-lived. However, we became very good friends and to this day we have sustained our friendship. Once in a while, I even turn to him for advice on dating and life in general. He always gives me solid and wise advice and I appreciate it very much.

What I learned from this experience is that unless you give it a try, you won’t know what you are going to get. Sure, the relationship didn’t last that long. But I don’t regret that I casually responded to his first message, gave it a shot, and we had our journey together at one point in our lives. I learned a lot about the challenges of building a relationship, especially with somebody with a different cultural background (this topic will be reserved for another time). I learned about myself as well. It also made me wonder, “Why do I want a relationship in the first place?” “What am I looking for in a relationship?” “What’s important and why is it important?”

So, my advice to anybody who’s looking for a serious relationship is, “do not judge your match based on the impression of the profile picture alone.” Even though your date might not be your ideal type—not beautiful enough, not skinny enough, not attractive enough, not young enough, not sophisticated enough, etc., after actually meeting the person and a couple of dates, there could be a moment of spark when that person turns out to be the diamond you become smitten with? Everybody has certain types and expectations of their dates. But if you focus too much on the criteria that you have set for your match, you will only find what’s missing with that person rather than what the person can offer. Then I think you are missing out on so much and you are in a way self-sabotaging without knowing it because you are limiting your potential to explore. If you’d like to find happiness, be open minded and give it a shot. You might surprise yourself!

That said, the initial impression is critical to get a date in the first place. I know this sounds contradicting, but it’s true. Too many people nonchalantly post their profile pictures and many of them simply don’t ‘sell.’ Let’s face it. We make snap judgments, mostly based on visual image, in a split second. You think you are a decent person with a good heart and character, and maybe you are. But unless you get to meet your date in person, you won’t have an opportunity to demonstrate that! Had I been in a bad mood that day when my former boyfriend sent me a message on the app, I could have deleted him saying, “Nah, not my type.” Then our paths would never have crossed. What a loss that would have been! So, to increase your chances of getting a date, you have to select several likable, presentable, and decent quality photos that you think would best represent who you are. That’s simply a must and really the key to success in getting a date. Post decent pictures, be flexible, get many dates, explore, and be open to finding your diamond! Any comments to Tomo?

In the matchmaker’s eyes, Tomo enjoys communicating with a gentleman. Her first step is not  marriage but a deep leveled thoughtful communication and building of a relationship. As the next step, she may think about a steady relationship with him including intimacy.  There is no rush, rather she is taking her time and going with the flow. This is because she lives in NYC and has a professional career. So, she can always select her relationship depth, either “friend” or “marriage”. This is good if you also would like to enjoy dating. On the other hand, if you choose a Japanese woman in Japan, you are seeking a marriage partner and there may be a time constraint. They need to obtain a visa, and it may take more time than you think. If she wants to have children, she is even more in a hurry because of the ticking of the clock. If your purpose is “marriage”,  your dream will  be able to come true in a short time by selecting a Japanese woman in Japan. If you are patiently enjoying dating, like Tomo is, it may take a long time to achieve your goal of  “marriage”.  Which is best for you?

I am looking forward to her Dating & The City – Episode 3!