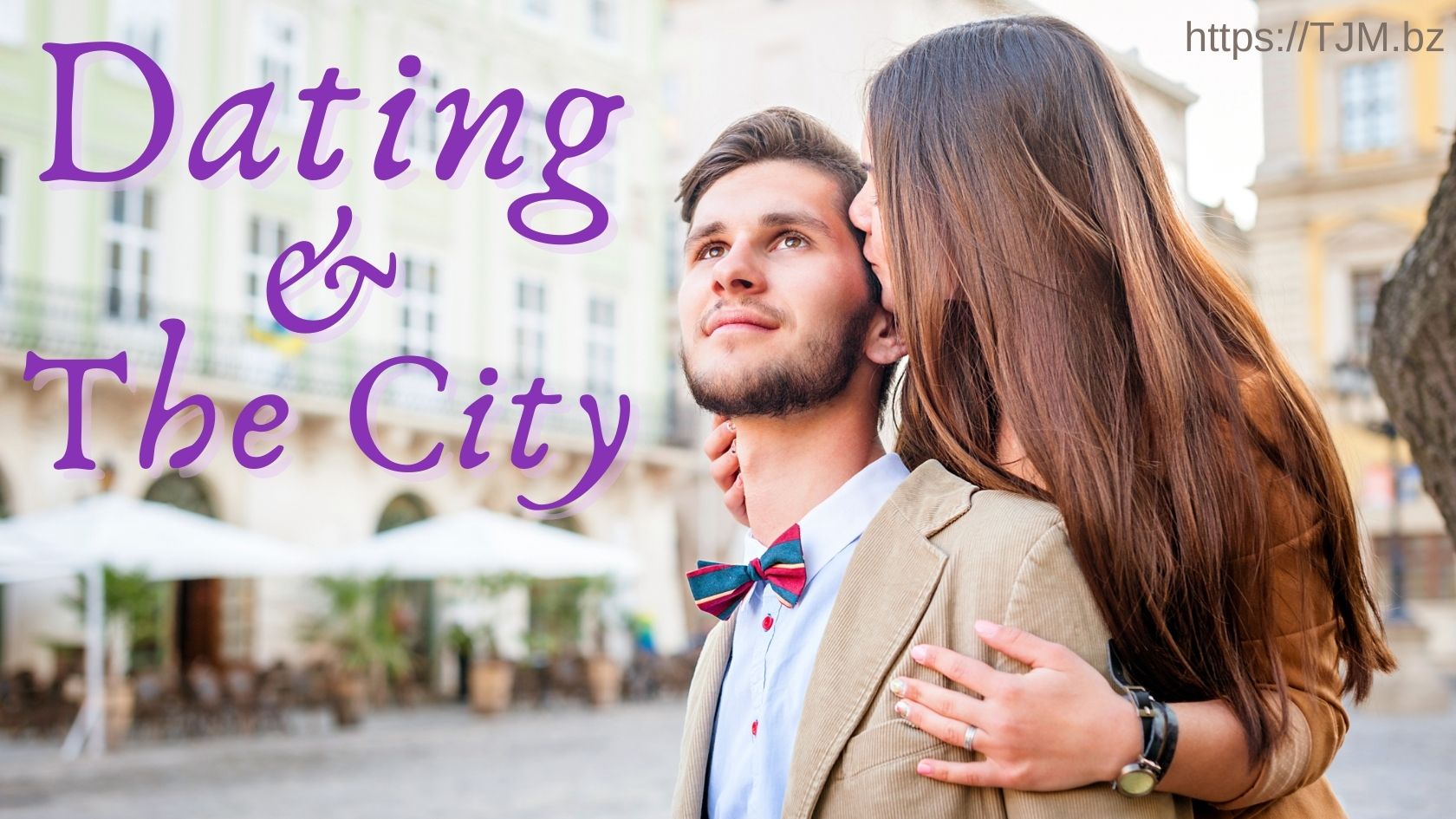 Tomo is one of my Japanese friends who lives in NYC. She is single and on a journey seeking her soulmate. I asked her if she could write about her love seeking story for our male members. She pleasantly said “YES!” She said it would be great if her writings help our male members to understand how Japanese women feel and if she can learn how gentlemen feel. It would be fantastic if she finds someone special while her writing project is ongoing.

Dating and the City – by Tomo

I am a single Japanese woman living in NYC.  After ending my long-distance relationship with my former Japanese boyfriend, I went back to the dating scene for the first time in almost 10 years. Then I decided to try something that I had never done before– online dating with non-Japanese men. It was a completely different experience for me to date men with different racial and cultural backgrounds. They are typically good at complimenting ladies, carrying on good conversations, keeping ladies entertained overall, and making them laugh by being funny. At the same time, it can be tough. What I say and do or what he says or does could be confusing, misleading, or even become a deal breaker. In my column, I will share my cross-cultural dating experiences from a Japanese woman’s perspective, hoping that they could be helpful as tips for those who are seeking cross-cultural relationships, especially with a Japanese woman.

That day, I was sitting at a table across from this tall and handsome gentleman at a recently opened chic sushi bar in midtown Manhattan. He traveled all the way from the other side of the globe to meet an investor for his company and took advantage of this business trip to meet me. He was in his mid-40s, looked sharp and confident in his tailored suit, with salt and pepper hair. He looked a bit chubbier than the profile pictures on the dating app, but still, he was very charming.
We had met online a few months before and soon moved to communication via email. We corresponded almost every day for a few months. As a young man, he had traveled all over the world, ended up staying in India, got married and divorced twice, lived there for many years, raised his son from his first marriage, and established a very successful construction business there. He was well-educated, very cultured, and sophisticated. We talked about art, music, environmental issues, animal rights, social justice, politics, etc.

He was also a very romantic type and shared the story that he treated his former wife like a princess by making her breakfast and serving it in bed on weekends. He surprised me by calling me at work on my birthday. I didn’t give him my phone number, but he googled my name and somehow found my work number and called me from the backseat of his car just to say, “Happy birthday!” I LOVED the surprise! Overhearing constant honking sounds and him shouting to his driver to give directions on the other side of the line, I could picture the heavy traffic on the dusty street of Mumbai during the rush hour. “What an interesting and exotic life he has!,” I thought to myself. We were both eager to meet and waiting for the opportunity.

Then, finally we got together. While pecking at sushi for two, we talked about how we ended up on online dating, what we both looked for in a relationship, some clarifications about what we both really meant by certain texts that we had written. Then we started talking about Japanese culture. I don’t remember exactly how we got into that subject but probably I was telling him about my work and the Japanese company that I was working for back then. Basically, I was telling him that I’d rather have a more vibrant work environment. Because my office was so quiet, one day when a custodian came to replace light bulbs there, he exclaimed, “Wow! It’s as quiet as a library!” My date laughed and agreed that the Japanese people are indeed hard-working and take their job very seriously. Then he went on by describing a comedy show he had watched on TV in the past. “It was set in a Japanese company. There, several Japanese salarymen in dark-navy suits are all working diligently at their desks and they’re so focused that they would not even look up when a topless female employee came to their desks to serve them tea!” As he told me the story, he threw his head back and cracked up. Instantly, I was floored and zoned out. I could do nothing but smile wryly.

The Japanese people are very hardworking and while it is a good thing, it could go so far that I even find myself sometimes making jokes about my own people and culture. However, the comedy show that he saw and thought funny obviously went way too far; it was offensive and disrespectful. It was peppered with lots of horrible stereotypes: fanatically workaholic Japanese men who lack in their sexual vigor and who sexually objectified Japanese females whose role is limited to nothing more than serving tea.

Stereotypes reflect some aspect of what we see or observe. We all constantly use stereotypes to process and make sense of rather complicated information, but how we express or describe them matters. The stereotype that the comedy show adopted was in very bad taste. As a woman, I was especially offended by the topless woman part. What’s the point of bringing up this type of story? I was also completely turned off by his bad judgement of telling me such a story on our first date. I was very disappointed that he was so insensitive to different cultures and gender issues. My enthusiasm suddenly faded, and I had lost my words and interest in him. I barely responded to him from that point on. Maybe I could have said something? But I was appalled that he had no clue of how I felt about it.

After about an hour lunch date, I thanked him for the nice lunch, we shook hands and exchanged very dry goodbyes. He headed to the airport and I walked back to my dead silent office. We never communicated again. Any comments to Tomo?

After reading her Dating and City – Episode 1, I asked her, “If she had told him that she did not like his story and that she was offended, they might have continued talking and come to an understanding, and had subsequent dates. Why did she not tell him about her dislike of his story?”, “Was she too shocked by his story to tell him her dislike of it?”, “Would it have been better to have given him a second chance?”, “Are her dating standards too high?”, “Does she want to get married?”, “Does she enjoy dating now?”

If she was our member who lived in Japan, I would say that she should see him again at least. If she would see him again at a different occasion, she may see something attractive in him. Well, she can meet many gentlemen in NYC, so we eagerly anticipate seeing who she meets next. I am looking forward to her Dating & The City – Episode 2!